Sheriff Joe to Invade Tempe this Weekend Amid Rebellion at Hub on ASU, Disruption of City Meeting and General Anger Over Police Crackdown

On Thursday night, after an ASU football game, Tempe police officers and firefighters found themselves pelted by beer cans as they responded to a disturbance at the Hub On Campus, a high-rise apartment complex for students.

In an e-mail to the Tempe City Council, Ryff cited the Hub incident as an example of the ongoing problem with rowdyism. He said that 13 minors were arrested on suspicion of consuming alcohol and that other minors fled the building as police arrived. A fire extinguisher also was discharged. 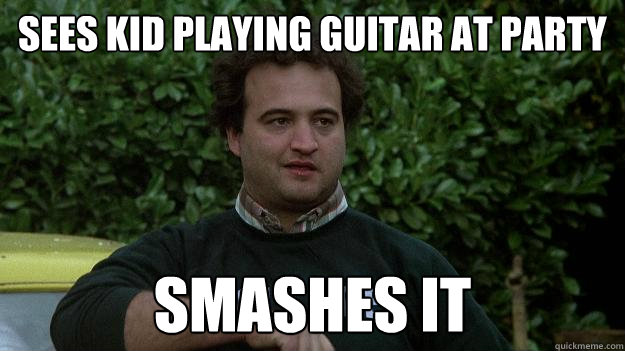 Rowdyism, or in a more honest world, students pushed to the limit. This limit is not only being hit on campus. On Monday night, community anger from long time residents boiled over at a city meeting in regards to “public safety.” This meeting was meant to be celebratory with “community leaders,” cops and politicians congratulating themselves on a job well done.

It did not turn out that way. Groups of long time Downtown Tempe residents came, stood up to the police, got threatened with removal and generally turned the meeting upside down.

Consistent acts of rebellion in response to the situation downtown. The City of Tempe is now taking the initiative in furthering the crackdown;

Ryff said he asked the Sheriff’s Office to participate because of his desire to sustain the Safe and Sober campaign, especially after the two recent incidents. Sheriff’s deputies have jurisdiction throughout the county, and the agency also has specialized units.

Sheriff Joe will be invading the Downtown Tempe Community this weekend. Our neighborhoods will be swarming with MCSO harassing anyone on the streets….

Disobedience is the only response, this is our neighborhood not theirs.

A special message to the frats on and off campus: The City of Tempe likes to make this about you. They want to claim that your behavior is the problem, that without you none of this would be needed. The residents of Downtown Tempe that enjoy living in a college town know that this is a lie. We know the city is employing this strategic crackdown in order to pacify and make our neighborhood a boring suburban wasteland.

Although, some practical advice to the ASU fraternities and students. Make an honest attempt to solve problems even while drunk without violence. Trust me, I understand that many times the dude who is getting a beating probably deserves it. Which leads to my last piece of advice – encourage men to stop raping, molesting, bothering, harassing and generally being rude to women. Imagine how many fights would be prevented if your friends employed this strategy.

We need to fight for our right to party, quite literally. They want you to stay on campus and shut up, they want us to leave Downtown Tempe and shut up. They are now bringing in truly horrid individuals with the MCSO this weekend to push us to an even greater extent. We have won this battle before, never forget that they wanted to blow up ‘A’ Mountain and the Flour Mill. This time though, they mean business.

What will our future acts of rebellion look like? Will we make it out of this with the last sliver of character Tempe has, or will it be lost?

For a wilder and more free Tempe.

I am the last person who thinks that a legit revolutionary movement will come from or happen within the University system. In fact, I believe that the liberal vanguard that has for the most part taken over political theory at universities holds liberation movements back.  That said, right now at this moment in time tons of people are radicalizing.  This includes younger folks and students at even the most ridiculously non political universities such as Arizona State University.

The next few years will undoubtedly see more job losses, tuition increases and a general decay in academic development (if it can decay further.)  This will lead to younger folks wanting to push back against the state and capital.  This is happening throughout the world and there certainly is no reason why it won’t happen here.  One of two things will happen when we get to that specific moment:

The past couple instances when I made forays into campus for outreach reasons were surprising.  The level of interest for radical ideas is there to a point that it is distinguishable.  People are looking for something and it certainly is not status quo politics.  What am i proposing?

At the very least we need to have consistent propaganda on all local campuses.

As militants we should seek out folks in the university system who would be interested in starting campus organizations helping them push it along.  Folks who are not already involved or minimally involved.

Our own organizations should make the now and again appearances on campus for events. Such as debates and literature distribution.

These ideas are certainly not time consuming and as I said, from my experience completely worth it.  Lets not focus on the campuses but at the very least have a presence so when the time comes, we don’t kick ourselves for doing nothing.